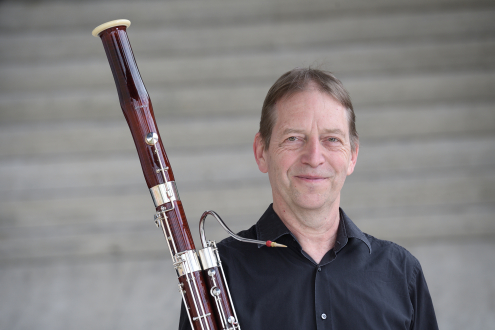 Stephan Köhr started playing the recorder when he was five. When he was 12, and already very advanced on his instrument, his teacher suggested that he change to the flute so that he could play »saxophone in a dance band« one day. This was good advice and he played both in school bands until he heard rock groups in the 1970s who used the bassoon. It was love at first sight and he began taking bassoon lessons at Dr. Hoch’s Konservatorium when he was 17. After doing civil service he studied at the University for Music and the Performing Arts in Frankfurt until 1984. In 1985 he was a stand-in at the Frankfurt Opern- und Museumsorchester and was offered his first permanent post, at the Nationaltheater in Mannheim. He came back to the Frankfurt Opern- und Museumsorchester in 1989, where he still plays solo bassoon today.