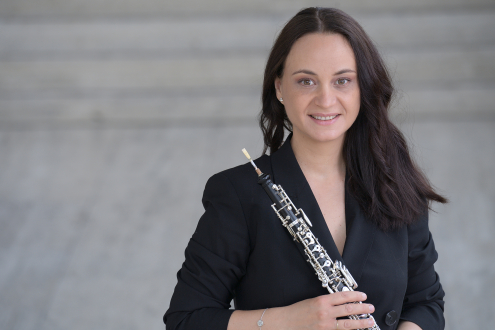 Marta Berger began her studies at the Franz Liszt Music Academy in Budapest, moving to Stuttgart in 2003 to further her studies there. She received a two year scholarship to join the Berlin Philharmonic's Karajan Academy in 2007. She has been playing with the Budapest Festival Orchestra since 2003 and the Frankfurt Opern- und Museumsorchester since 2007.