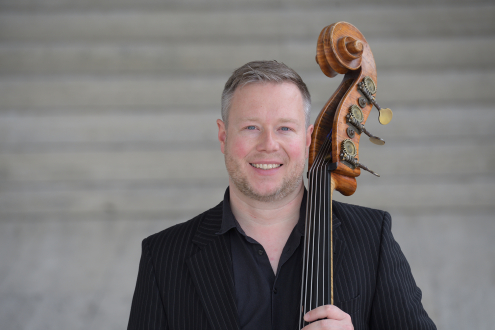 Philipp Enger was born in Dresden in 1980. His parents were glad he wanted to play the violin because they loved making music in their spare time. After attending Prof. Straumer's classes for children at the Carl Maria von Weber University for Music in Dresden he soon joined their music school. Philipp Enger decided the double bass was the instrument for him in 1997 and started learning with Prof. Werner Zeibig, solo double bass at the Staatskapelle in Dresden in 2001, at the university, where he gained his diploma. He passed his other exams after studying in Detmold with Prof. Andreas Wylezol, another solo double bassist from the Staatskapelle in Dresden. He spent time with the Hamburg Philharmonic Orchestra before joining the Frankfurt Opern- und Museumsorchester in 2008.