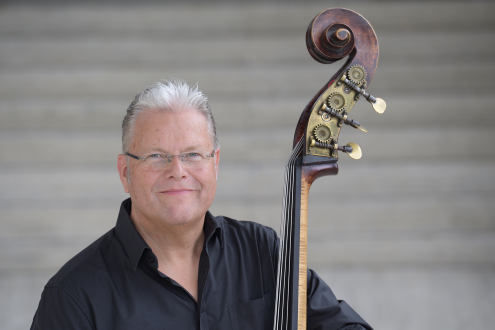 When Matthias Kuckuk was 14 he decided to learn the double bass, he was already playing bass guitar in a band, because there wasn't one in the school orchestra. After a year being taught by Alwin Meynecke he went to Hans-Günther Heinrichs, a former double bass player at Hannover Opera. He then set off on a journey which took in stops at the Regional Youth Orchestra in Niedersachsen and National Youth Orchestra and Junged Deutsche Philharmonie. He started studying with Prof. Paul Rainer Zepperitz, a member of the Berlin Philharmnic, at the University for the Arts in Berlin in 1982. After time spent as a substitute at the Deutsche Oper Berlin (1988 -1989) it was clear to him that he wanted to play in an operatic orchestra. He has been a member of the Frankfurter Opern- und Museumsorchester since August 1990, where he spent many years on the committee. He has been a member of the Bayreuth Festival Orchestra since 2004.