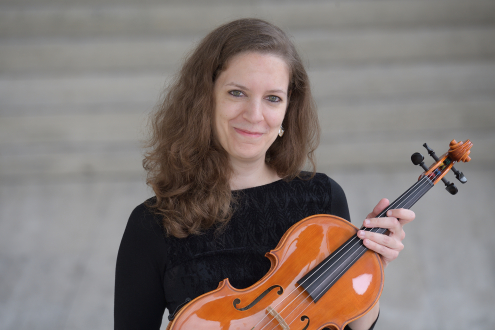 Susanna Bienroth grew up in a musical family in Regensburg, and was five years old when she had her first violin lesson. Five years later she joined classes for exceptionally talented young people in Bavaria, being taught by Prof. Conrad von der Goltz. This, and the fact there was nobody to play the viola at home, made her decide to concentrate on the instrument (in Jewgeni Kerschner's class). After studying at the University for Music in Munich with Prof. Roland Metzger and Prof. Roland Glassl in Frankfurt am Main she spent the 2007/08 season as a apprentice with the Stuttgart Philharmonic, and the next one with the Frankfurt Opern- und Museumsorchester, which she joined in 2009.