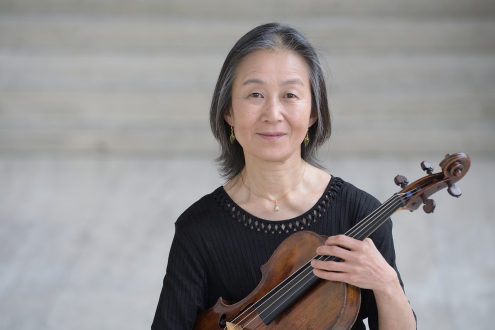 Miyuki Saito had her first violin lesson when she was nearly three in her home town of Mito-shi in Japan. She changed to the viola when she was 13. She studied with Prof. Asazuma in Tokyo from 1975 – 1979 and then went to Vienna to take private lessons with Prof. Rudolf Streng, a solo viola with the Vienna Philharmonic. She was a member of the ORF Symphony Orchestra (RSO Vienna) from 1980 - 1986. In 1983 she continued her studies in orchestral music with Prof. Siegfried Führlinger in Vienna, obtaining her diploma with distinction in 1984. She has been a member of the Frankfurt Opern- und Museumsorchester since 1986/87.