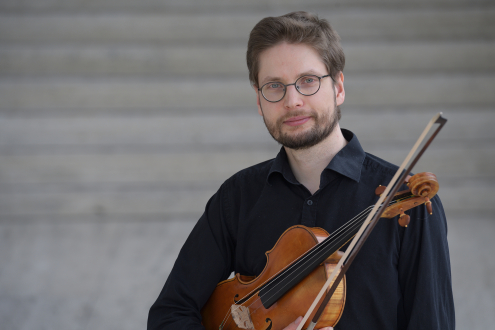 Wolf Attula was born in Berlin and grew up in Thüringen. He realised his love for music after time spent playing with the German String Philharmonic under Michael Sanderling, and joined the Belvedere Music School in Weimar, where he was taught violin by Prof. Wolfram Schiecke, and then viola by Prof. Erich Krüger and Prof. Ditte Leser, with whose help he gained his diploma, masters and passed his concert exams. He was also inspired by Kim Kashkashian, Nils Mönkemeyer and Wilfried Strehle. He won a Jütting-Stiftung Stendal scholarship and a scholarship for further study from the German people. Wolf Attula played with the Staatskapelle in Weimar, the Gewandhaus Orchester in Leipzig, the Radio Symphony Orchestra Berlin and Staats Philharmonie Nürnberg before joining the Frankfurt Opern- und Museumsorchester as deputy leader of the violas in the autumn of 2016.