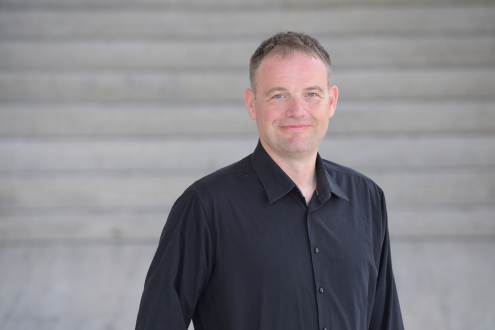 Thomas Rössel, who was born in Spremberg in 1975 and grew up in the country, took the plunge and started attending the Hanns Eisler music school in Berlin when he was 13, later continuing his studies at the university there. During his eight years in Berlin he spent two years as an apprentice with the Rundfunk-Sinfonieorchester Berlin, 18 months doing community service and almost three years at the Berlin Philharmonic's Karajan Academy. He then continued his studies at the University for Music in Weimar. It wasn't long before he was appointed lead violist with the Gewandhausorchester in Leipzig, a position he has held at the Frankfurt Opern- und Museumsorchester since 2003. His real passions ‒ alongside operas by Richard Strauss and Mozart ‒ are chamber music (especially playing in a quartet) and teaching. He makes violins and plays snooker in his spare time.