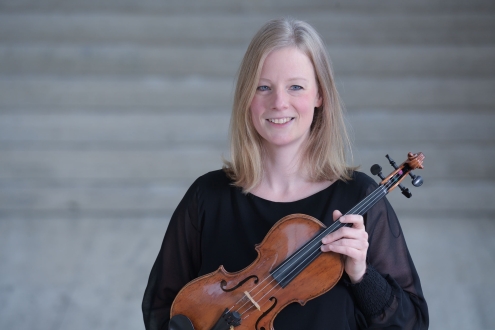 Sara Schulz' father started teaching her the violin at home in Hameln. At a young age she was impressed by the sense of community playing in orchestras generates (Jeunesse Musicales World Orchestrael, German String Philharmonic), how everybody grows together during the intensive work leading up to unforgettable concerts. So her desire to become an orchestral musican was born. Studies in Weimar and Detmold (including classes run by Elisabeth Kufferath and Ulrike-Anima Mathé) followed and she spent holidays joining masterclasses and going on tour with the Junge Deutsche Philharmonie, which she led. Working with the Bochum Symphony and NDR Sinfonieorchester provided further inspiration. She has been a member of the Frankfurt Opern- und Museumsorchester since 2011.