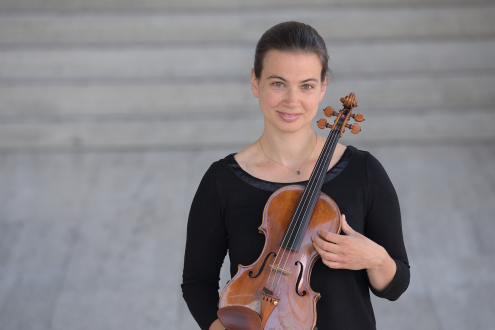 Gisela Müller was born in Hannover in 1979 and took up the violin when she was seven years old. She studied with Jens Ellermann at the University for Music in Hannover, then Ulf Schneider, graduating in 2005. She gained early orchestra experience with the German String Philharmonic and later, whilst still a student, as a trainee with the NDR Radio Philharmonic in Hannover. She was also a member of the Gustav Mahler Youth Orchestra and deputy leader of the European Union Youth Orchestra. Gisela Müller joined the first violins at the Frankfurt Opern- und Museumsorchester in 2006.