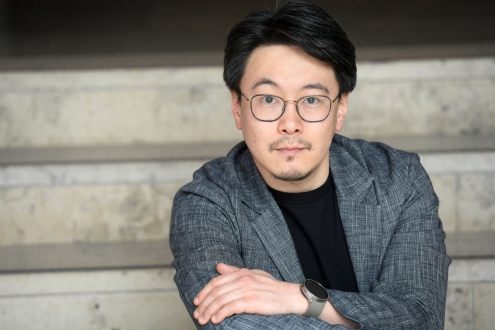 Takeshi Moriuchi's first performance of a new production Oper Frankfurt was Manon Lescaut in the 2019/20 season, during which he also stepped in for a performance of Fauré's Pénélope at short notice. Last season he conducted a revival of Massenet's Werther and now he leads performances of Così  fan tutte. He joined the company as head of coaching in 2018/19. Born in Tokyo, he studied the piano before joining the Mozarteum University in Salzburg to concentrate on conducting.  His mentor, Dennis Russell Davis, engaged him in 2009/10 for the Landestheater in Linz, where he worked as a coach before being made a Kapellmeister and artistic director of the Opera Studio. He conducted roughly 250 performances of new productions and revivals there. Recent guest engagements have taken Takeshi Moriuchi to Hessen's Staatstheater in Wiesbaden and the Landestheater in Passau. He made his debut in his home country in 2016, conducting Le nozze di Figaro for the Nikikai Opera Foundation with the Tokyo Philharmonic Orchestra. A year later he assisted Sebastian Weigle there on a very successful production of Der Rosenkavalier. This was followed by a concert performance of I puritani in September 2019 in Japan.