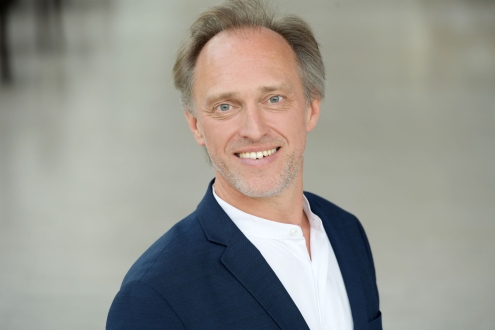 Roland Böer, a Kapellmeister at Oper Frankfurt from 2002 - 2008, who recently conducted Berlioz’ La damnation de Faust here, is back for this revival of Xerxes. He took up the post of Music Director of the Cantiere Internazionale d’Arte Montepulciano in 2009, where he was Artistic Director from 2015 - 2020. He was 1st Guest Conductor at the Michailowski Theater in St. Petersburg until 2019. International engagements have taken him to places including La Scala Milan, the Royal Opera House Covent Garden in London, the Théâtre Royal de la Monnaie in Brussels, the Deutsche and Komische Oper Berlin, the royal opera houses in Stockholm and Copenhagen, the Teatr Wielki in Warsaw, New National Theatre in Tokyo and the opera houses in Rome, Strasbourg and Prague. Much sought after for Mozart operas, he recently returned to the Opéra de Nice, where he works regularly, for Così fan tutte and was invited to the Antipolis Théâtre d’Antibes. Concert work and opera productions have brought Roland Böer together with orchestras including the London Symphony Orchestra, the Royal Liverpool and Oslo philharmonics, the hr(Hessen Radio)-Sinfonieorchester, Bamberg Symphony, the Accademia di Santa Cecilia and Ensemble Modern. His many recordings include his debut at La Scala Milan with William Kentridge's production of Die Zauberflöte (DVD Opus Arte). Current plans include several concerts at the Tirol Festival in Erl. Roland Böer was awarded the „Grifo Poliziano“, and honorary citizenship of the city, for outstanding services to cultural life in Montepulciano in 2018.