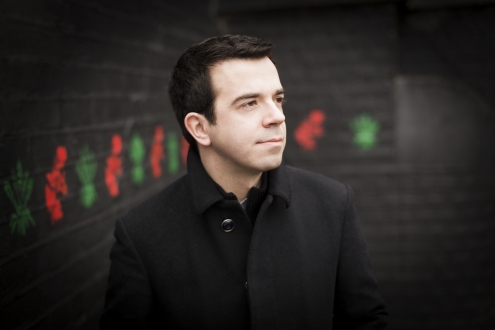 Rory Macdonald is back at Oper Frankfurt, where he made his debut in 2017/18 with Così fan tutte, for this revival of Le Nozze di Figaro. He is one of the most sought-after conductors of his generation for opera and concert work. Recent engagements have included Peter Grimes at the Brisbane Festival, Mozart's Requiem at the Adelaide Festival, Auber's Fra Diavolo at the Teatro dell’Opera in Rome, Die Zauberflöte at the Lyric Opera of Chicago, Opera Australia in Sydney, the Royal Opera in Copenhagen and San Francisco Opera, Carmen in Lisbon, at Santa Fe Opera and Houston Grand Opera, Ariadne auf Naxos at the Opera Theatre of Saint Louis and Il barbiere di Siviglia at the Canadian Opera Company in Toronto, The Cunning Little Vixen at the National Opera in Bergen and Delilus' A Village Romeo and Juliet at Wexford Festival Opera. He has conducted Le nozze di Figaro before, at Operans in Göteborg. This Scottish musician was a member of the Royal Opera House in London's Young Artists Programme, where the many operas he conducted included Il barbiere di Siviglia and Hänsel und Gretel. Rory Macdonald has worked with many of the world's leading orchestras, including the Royal Concertgebouw Orchestra, London Philharmonic, BBC Symphony Orchestra, the Royal Scottish National Orchestra and Copenhagen Philharmonic Orchestra. His discography includes a very successful recording of Bruch's Scottish Fantasy with the BBC Symphony Orchestra and Nicola Benedetti (Decca). After studying at Cambridge Rory Macdonald began his career assisting Iván Fischer, Mark Elder and Antonio Pappano.