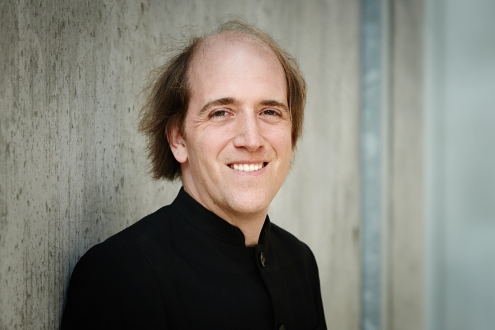 Titus Engel is back at Oper Frankfurt, where he appeared for the first time with new productions of Telemann's Orpheus and Mozart's Betulia liberata a few seasons ago, for the first revival of the new Barrie Kosky Salome and a new production of Nielsen's Maskerade. He recently enjoyed great success with Lohengrin at the 2021 Tirol Festival in Erl and the world premiere of Michael Wertmüller's D.I.E. at the Ruhrtriennale. He is a regular guest at the Staatsoper in Stuttgart where he returns for BORIS - Mussorgsky's Boris Godunow dovetailed with Sergej Newki's Secondhand-Zeit this season. He makes his debut at the Bayerische Staatsoper with Haas’ Bluthaus / Blood House next spring. He is much sought-after for contemporary music and 19th and 20th century symphonic works and passionate about baroque music and how it used to be performed. He and the director Lydia Steier brought Stockhausen's Donnerstag / Thursday (of Licht / Light) to the stage at Theater Basel in 2016, which was voted »Performance of the Year« by Opernwelt magazine, which also voted him »2020 Conductor of the Year«. He has also appeared at theatres including the Grand Théâtre de Genève, Opéra National de Lyon, the Berlin and Hamburg state operas, the Theater an der Wien, Konzerthaus in Vienna, the Komische Oper Berlin, Opera Vlaanderen, the Nationaltheater in Mannheim, Teatro Real in Madrid, the Ruhrtriennale, the Berlin, Salzburg and Lucerne festivals and Donauesching Musiktagen.