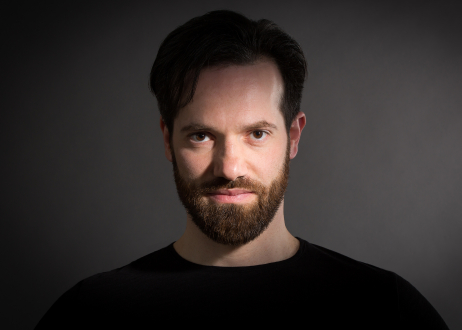 Italian born Simone Di Felice is a soloists' coach at Oper Frankfurt who was made a Kapellmeisterin 2017/18. Last season he conducted Handel's Radamisto. This was preceded by a new production of Rossini's La gazzetta in the Bockenheimer Depot, Rinaldo, Die Zauberflöte, L'incoronazione die Poppea, Gluck's Ezio, Rigoletto, Maderna's Satyricon and a performance of Rossini's La gazza ladra. He returned to Theater Basel, where he has conducted La Cenerentola, for Il barbiere di Siviglia, appeared in concert with with the Tonkünstler Orchester and conducted a Harvest Festival concert at the Tirol Festival in Erl. Other orchestras with whom he has worked have included Württemberg's Heilbronn Chamber Orchestra and the Philharmonie in Baden-Baden. After studying the piano, Simone Di Felice worked as a soloists' coach at the Teatro del Maggio Musicale in Florence and then ran the coaching department at the Teatro Marrucino in Chieti from 2005-2008.  Simone Di Felice received a scholarship from the Richard Wagner Verband while studying conducting in Karlsruhe. He has been teaching at the University for Music and the Performing Arts in Stuttgart since 2010.