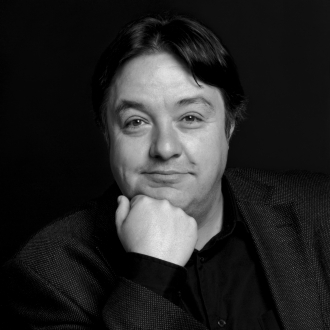 Stefan Blunier, who was born in Switzerland and was the city of Bonn's General Music Director and Chief Conductor of the Beethoven Orchestra and Bonn Opera from 2008 - July 2016, is back at Oper Frankfurt, where he made his debut in 2013/14 with Daphne and Tristan und Isolde and conducted Lohengrin, for this revival of our wonderful Carmen. Recent productions in Bonn have included Benvenuto Cellini, Fidelio and Thaïs.  Other recent productions have includedThe Tales of Hoffmann at the Komische Oper Berlin and Norwegian National Opera in Oslo, Die Fledermaus, Salome and Tannhäuser at the Deutsche Oper Berlin, Wozzeck and Der Zigeunerbaron at the Grand Théâtre in Geneva and Schreker's Der ferne Klang at the Royal Opera in Stockholm. After taking up posts in Mainz, Augsburg and Mannheim, Stefan Blunier was made General Music Director of Staatstheater in Darmstadt in 2008. He has conducted more than 90 symphony orchestras in Europe and Asia. Opera houses where he has worked have included those in Munich, Hamburg, Leipzig and Stuttgart, London, Montpellier and Bern. He has been First Guest Conductor of the Orchestre National de Belgique in Brussels since 2010/11. His broadly varied and much praised discography includes recordings of d’Albert's Der Golem and Schreker's Irrelohe, which both won him ECHO Klassik awards. He has recorded all of Beethoven's symphonies with the Beethoven Orchester Bonn.