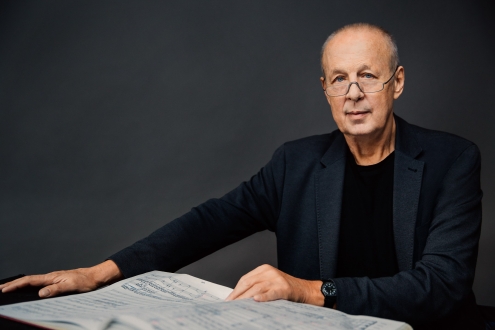 Stefan Soltesz, an Austrian conductor with Hungarian roots, is a regular guest at leading opera houses around the world including the Vienna, Munich, Dresden and Berlin state operas, the Royal Opera House Covent Garden in London, Opéra National in Paris, in Amsterdam, Zürich, Moscow and Tokyo and the Savonlinna, Aix-en-Provence and Baden-Baden festivals. A busy concert career has taken him to many great cities. Other engagements this season include the first performances in Germany of  Offenbach's Barkouf at Cologne Opera, Fidelio at the Nationaltheater in Munich and Les Huguenots at the Semperoper  in Dresden. Now he is back at Oper Frankfurt, where he enjoyed great success recently with Les vêpres siciliennes, Arabella and Smetana's Dalibor for this wonderful David McVicar production of Don Carlo, which is followed by Klaus Guth's unforgettable production of Der Rosenkavalier . Other engagements in recent seasons have included Don Giovanni at the Grand Théâtre de Genève, Das Land des Lächelns / The Land of Smiles in Shanghai, Schreker's Die Gezeichneten / The Signified and Les contes d’Hoffmann at the Komische Oper in Berlin, La traviata in Glyndebourne and Die schweigsame Frau / The Silent Woman at the Bayerische Staatsoper in Munich. Stefan Soltesz was GMD of the Essen Philharmonic and Intendant of the Aalto-Theaters from 1997 - 2013; both were voted »Opera House and Orchestra of the Year« in 2008. Earlier in his career he held posts including Chief Conductor of the Vlaamse Opera Antwerp / Ghent and GMD at the Staatstheater in Braunschweig. An impressive discography testifies to his long and successful career.